On 02/07/2019, Detectives from the Ventura County Sheriff’s West County Narcotic Street Team concluded a narcotic investigation into Santa Paula resident Alejandro Oviedo who has been involved in the sales of methamphetamine and heroin to residents of Ventura County. The West County Street Team was assisted by personnel from the California National Guard’s Counter Drug Task Force.

At approximately 3:30 pm, detectives detained Oviedo in front of his residence located in the 300 Block of Citrus Street in the city of Santa Paula. Detectives then executed a narcotic search warrant at Oviedo’s residence which also included his vehicles and person. During the search of the residence detectives located and seized approximately 12 ounces of suspected heroin, 8 ounces of suspected methamphetamine, suspected MDMA (Ecstacy) pills, along with paraphernalia indicative of narcotics sales. Additionally, a non-functioning handgun was also seized from Oviedo’s room.

Oviedo was booked at the Ventura County Main Jail for possession methamphetamine and heroin for the purposes of sales. His bail was set at $350,000 and his next scheduled court appearance is set for 2/11/19 at 1:30 pm in Court Room 14. 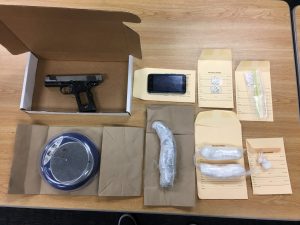 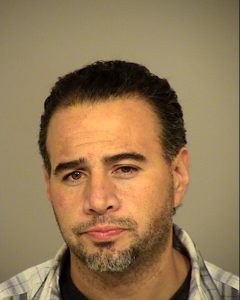 The Thousand Oaks Police Department will be hosting a program to educate newly licensed and future licensed drivers. https://local.nixle.com/alert/8934262/

During the week of February 6-12, 2022, Detectives from the Ventura County Human Trafficking Task Force (VCHTTF) participated in [...]

The Thousand Oaks Police Department continues to promote traffic safety within the community by reminding the public to buckle [...]

Please click here to view all News Stories from February 2018.

Ventura – Illegal Manufacturing of Assault Rifles, Felon in Possession of a Firearm

In the month of November 2021, detectives from the Ventura County Sheriff’s Gang Unit received information regarding the illegal [...]

Two individuals were arrested after leading deputies on a high speed vehicle pursuit which exceeded 100 MPH through the [...]