Narrative:
For the past several months, several cities within the Ventura County and Los Angeles areas have been experiencing late night commercial burglaries of closed businesses. The suspects have been seen on video surveillance breaking out windows to the establishments and taking cash drawers and safes inside the businesses.

On 1/20/19, at 1:45 a.m., Thousand Oaks Police noticed a suspicious vehicle pull into a strip mall containing closed businesses. The vehicle turned off its lights and pulled up to the businesses before noticing a police vehicle in the area. The vehicle quickly left the area and was ultimately stopped by police.

The three above listed suspects were contacted in the vehicle and detained. Two of the subjects were on probation for previous crimes. A search of the vehicle was conducted. Numerous tools, clothing, gloves, cash, masks and property linked to several other recent burglaries were found inside the vehicle.

Thousand Oaks Detectives are conducting an ongoing investigation of the suspects for other crimes and have connected them to crimes in other jurisdictions. 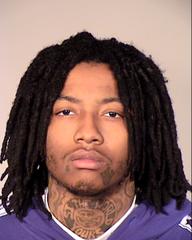 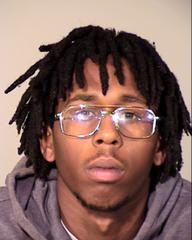 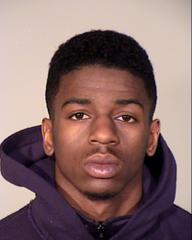 A suspect was arrested linked to a fire at the Fillmore Historical Society. https://local.nixle.com/alert/7150892/

The Fillmore Police Department encourages its community members to celebrate responsibly during the Fourth of July holiday weekend. https://local.nixle.com/alert/8782400/

Fillmore – Gang Members Arrested for Assault with a Deadly Weapon

Three gang members assaulted another patron at a restaurant. https://local.nixle.com/alert/7301356/

The Camarillo Police Department Traffic Bureau encourages drivers to “Share the Road” with motorcycle riders, as May is Motorcycle [...]

An Oxnard man, Alex Castro, ran from deputies when they attempted to arrest him for battering a woman he [...]

Four suspects from San Bernardino were arrested after entering the Nike Store in the Camarillo Outlets and stealing merchandise. http://local.nixle.com/alert/7733910/

Deputies responded to a call of an unidentified deceased male off the shore of Hollywood Beach in Oxnard. https://local.nixle.com/alert/8530528/

Oxnard – Arrest of Wanted Felon in Possession of a Firearm & Drugs

Detectives arrested a Camarillo man for a felony warrant, and narcotic and firearm charges. https://local.nixle.com/alert/8276762/

Ojai deputies arrested a Ventura woman for burglary, forgery, stolen mail, identity theft, and possession for sale of a [...]