Valley. Lockwood Deputies responded to the location and found that the single family residences

had been entered by force and a substantial amount of jewelry and valuables taken. The interior

onto the floor. Deputies processed the scene for evidence. Through an extensive investigation,

and the subsequent disposal of stolen property.

On November 29, 2018, Robin Ellis was contacted and found to be in possession of drugs and

stolen property from the burglary on Curtis Trail. Ellis was arrested and booked into the Pre-

and possession of drug paraphernalia.

On December 12, 2018, investigators executed a search warrant in the 31000 block of Purple

Sage Trail resulting in the seizure of drugs, a handgun and a large amount of stolen property,

some of which was related to the burglary on Curtis Trail. Christopher Ringgold was arrested

The case is still open and under investigation and additional charges are possible. Anyone with 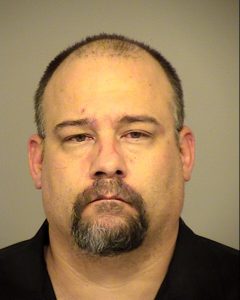 An Oxnard man was arrested for felony stalking, stolen vehicle, and firearms violations in the unincorporated Silver Strand area [...]

The Camarillo Police Department will deploy additional deputies for this safety campaign. https://local.nixle.com/alert/7282622/

Two men were arrested for placing credit card skimmers in gas pumps at the Adolfo gas station in Camarillo.  [...]